Gilbert Henry, chef, and owner of Cuvée Restaurant located in Carlton, Oregon, is a native of Alsace, France. He graduated from Centre Apprentisage Professionel in Colmar in 1978 where he learned his cooking skills. He attributes his talent, however, to his mother Cécile, whose special love of food and its preparation has been a driving force in his life.

After graduation, Henry joined the French Army and was stationed in Tahiti where he enjoyed the seafood cuisine and learned to play the saxophone. Upon completion of his military service he joined Club Med where he was at various times and at various clubs a chef, musician, and G.O. He then immigrated to Chicago where he worked for Mont Blanc Patisserie, and in 1986 he and his wife Susan moved to Portland, Oregon.

Henry was the chef and owner of award-winning Winterborne Restaurant in Portland for 12 years. He closed that establishment in the fall of 2004 as he opened Cuvée. Winterborne was rated Best Seafood by Zagat Review for several years running and has been listed as one of the top restaurants in the country in both Gourmet and Conde-Nast Traveler magazines.

At Cuvée Henry has expanded his offerings, and in addition to seafood, he now prepares such dishes as Boeuf Bourguignon, Cassoulet, and Biftek avec Pommes Frites.  Cuvée reflects well Henry’s philosophy of preparing…”great food, from local ingredients, served in a classy yet comfortable environment.” 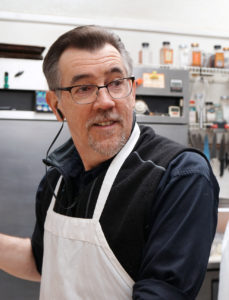